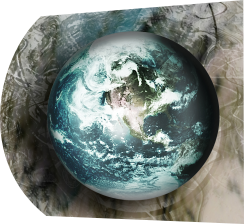 IPCE-IPAC (InterPhonology of Contemporary English), launched in 2013, is devoted to the study of variation on the basis of learner corpora of English, and consequently concerned with the acquisition and teaching of English as a foreign language. It is coordinated by Nadine Herry-Bénit, Université Paris Nanterre, Stéphanie Lopez, Northwestern Polytechnical University and Jeff Tennant, University of Western Ontario.

There are many learner corpora of English, but they typically focus on grammar, vocabulary and, more generally, written forms rather than explicitly/exclusively on phonology, they do not necessarily share a common protocol which allows the comparison of results and the cross-linguistic study of selected difficulties. IPCE-IPAC’s originality notably relies on building comparable data, including with the PAC native speaker corpora.

It is inspired by both the PAC and the IPFC (Interphonologie du Français Contemporain) protocols and revolves around:

The wordlists include 2 common lists applied to all learners from the different surveys (adapted from the PAC wordlists) and an L1-specific list meant to test the difficulties that are frequently observed in the productions of the learners of a given L1.

The general proficiency level of learners who are invited to participate in the study ranges from A2 to C1 of the CEFR (Common European Framework of Reference for Languages, 2001). 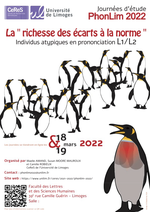 1. Introduction English is characterized by presenting vowel reduction in unstressed vowels, usually represented phonologically as /ə/. This phonological phenomenon has been proven to be difficult to reproduce by learners of L1s that do not present this spectral cue to word stress (Flege & Bohn, 1989; Lee et al.
Sep 1, 2021 — Sep 3, 2021 Université Toulouse 2 - Jean Jaurès
Leonardo Contreras Roa
Proyecto

Poster: The acquisition of the English /s-z/ voice contrast by learners of three L1s

Poster: Voice assimilation of the morphemic -s in the L2 English of L1 French, L1 Spanish and L1 Italian learners

This study investigates the pronunciation of the -s inflectional suffix in L2 English by L1 French, L1 Italian and L1 Spanish learners. …